What is White Rust? 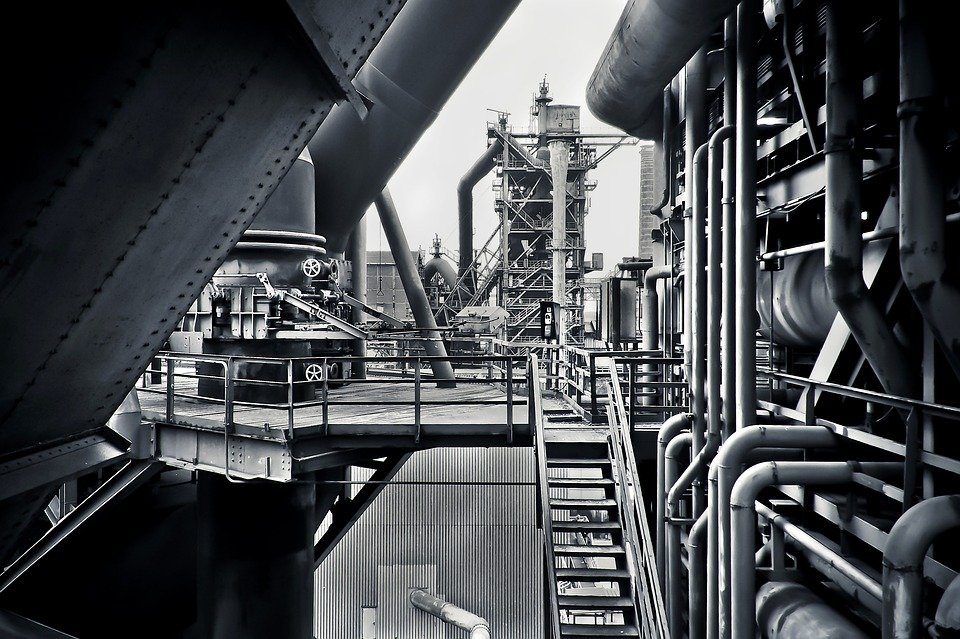 One of the commonly encountered problems with galvanized coatings of all kinds is “white rust” or “white storage stain”. It is manifested as a bulky, white, powdery deposit that forms rapidly on the surface of the galvanized coating under certain specific conditions.

White rust can cause considerable damage to the coating and is always detrimental to the galvanized coating’s appearance.

The surface of galvanized coatings is almost 100% zinc. It is the durability of the zinc that provides the outstanding anti corrosion performance for steel, yet zinc is a relatively ‘reactive’ metal. It is the stable oxides that form on the zinc’s surface that determine its durability, and these oxides are formed progressively as the zinc is exposed to the atmosphere. Carbon dioxide in particular is a contributor to the formation of these stable oxides. With newly galvanized steelwork, the zinc’s surface has been subjected to little oxidation and is at its most vulnerable. For this reason, Industrial Galvanizers uses a chromate passivation in conjunction with its galvanizing operations to provide protection to the galvanized coating during the ‘youth’ period of the coating. This passivation coating provides short term protection to the zinc to give the stable oxides time to form on the surface. 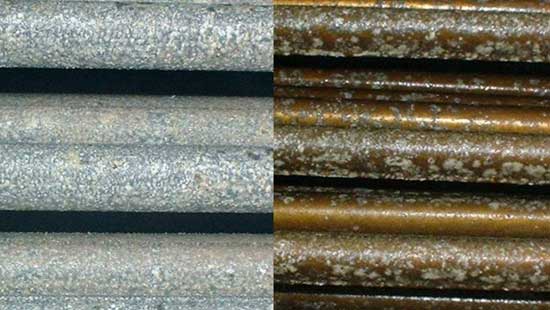 Pure water (H2O) contains no dissolved salts or minerals and zinc will react quickly with pure water to form zinc hydroxide, a bulky white and relatively unstable oxide of zinc. Where freshly galvanized steel is exposed to pure water (rain, dew or condensation), in an oxygen deficient environment, the water will continue to react with the zinc and progressively consume the coating. The most common condition in which white rust occurs is with galvanized products that are nested together, tightly packed, or when water can penetrate between the items and remain for extended periods.

There are a number of simple steps that can greatly reduce or eliminate the formation of white rust. These are:

Once the galvanized surface has been attacked and the zinc hydroxide compounds have formed, it is desirable to remove the oxide products from the surface because:

a. their presence inhibits the formation of stable carbonate based oxides and
b. they are unsightly

The effect on the galvanized coating can range from very minor to extremely severe and various levels of remedial treatment are available to deal with white rust problems at the various levels at which they are likely to occur.

The following treatments are recommended to deal with white rust on galvanized products:

Where white rusting has occurred and the item may be subject to continuing exposure that may propagate similar corrosion, re-passivating of the surface can be done by treating the surface with a solution of 5% sodium dichromate 0.1% sulfuric acid, brushing with a stiff wire brush for 30 seconds before thorough rinsing of the surface.

White rust is a post-galvanizing phenomenon. Responsibility for its prevention lies in the manner it is packed, handled and stored prior to the galvanized productâs installation and use. The presence of white rust is not a reflection on the galvanized coating’s performance, but rather the responsibility of all those involved in the supply chain to ensure that the causes of white rust are recognized and the risks of its occurrence minimized on newly galvanized steel.